March 9, 2018 by MobileSlotsGuru in Slots Games

Cleo’s Wish is a 25 payline slot having 5 reels that is designed by none other than Nextgen Software. The ancient Egyptian culture rules the theme along with the powerful queen Cleopatra. The cartoon touch to the design looks pretty great. The transparent black background looks much like a thin veil and the gold rimmed reels look beautiful. It is a latest bonus slot for mobile that will be surely liked by the players.

Some powerful stakes in latest bonus slot for mobile

The world’s longest river i.e. Nile forms a part of background. The queen will be visible standing on left side of reels. The slot is available to play on some specific casinos on which the players can be given a try.

Before having a meeting with Cleopatra, the betting range should be adjusted. The small “Coin” symbol will open up a slider which can be used to set the coin size ranging from 0.01 up to 1. The “Autoplay” feature can be accessed using the “Settings” cogwheel.

The powerful queen herself is the wild card of the slot and can replace all symbols bar the scatter. Winning combinations can be formed by wild in both ways i.e. on its own and also when it forms a part of any winning combo when there are at least two on a payline. 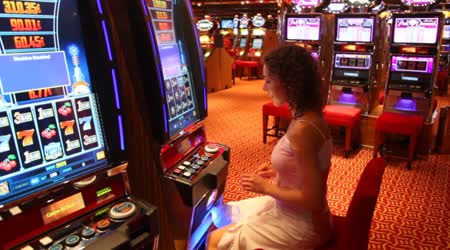 In-game bonus features in slots mobile and other devices

Scatter is Pyramid Bonus and the stake will be multiplied by scatter wins. These wins form when at least three scatter symbols form a combo on reels. Note that these wins will give you an opportunity to form Eternal Riches or Cleo’s Parade.

When the base game is going on, up to five reels from left side will change into Guaranteed Wild Reels. A wild will be guaranteed by these reels which will show up on the reels during that specific spin. During base game, wild will be placed on any position.

Sands of Fortune Feature will remain active for Scarab, Bracelet, Ankh symbol and the logo which may show up similar to the way they do like in base game.

The slot features a return to player percentage of 95.15%. A must try slot for all those players who love some unique themed slots and slots mobile versions.