April 3, 2018 by MobileSlotsGuru in Casino Games

So much sushi is a newly designed online casino slot game that is powered by the Microgaming.

The slot game is based on Japanese-styled theme which also includes Japanese food. The slot has been executed very well. The vivid graphics, pacifying animations and harmonious soundtracks is certainly a players haven. The pieces of sushi are beautifully crafted that live up to the theme of the slot. One can expect a healthy Return to Player percentage of 96.03%.

Get Rewarded With Some Exciting Prizes In This Online Casino!

So much Sushi is built with five reels, three rows and twenty-five paylines. The atmosphere of the slot is slightly gloomy to  successfully remind the players of the traditional sushi restaurants. Player can have a minimum bet of £0.25 per spin to a maximum bet of £100.00 per spin for this slot game.

The wild symbol for the online casino slot is So Much Sushi logo which will act as a substitute for all the winning combinations formed whereas scatter symbol for the slot is the bottle of fish sauce. 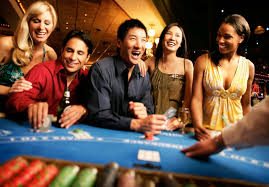 This feature is generated by landing of three, four or five of scatter symbols on the reels anywhere. One will now have five choices on offer from eight to sixteen spins and the symbols which will be associated with the spins will replace all other main ones. Fewer spins a player choose will make the win more valuable. One can regenerate the free spins by landing of more scatter symbols in this feature.

When one lands a winning combination which has the main symbol, bits of sushi will break up into five times. This means that one can make combo with twenty-five symbols across five reels. The white sushi is the most valuable here.

So Much Sushi is a fun and entertaining online casino slots game. The features of the game are successful in attracting the players to play this slot. One has an opportunity of earning a jackpot as big as amount of 750 times of their stake.So much for you try it once, isn’t it?