April 2, 2018 by MobileSlotsGuru in Slots Games

The Vikings believed that Ragnarok will signal the end of the world as they know it. While this mobile slots by Genesis Gaming don’t fulfil this prophesy it does provide exciting gameplay. You have a very cool graphics and a Rune Collection Bonus Feature available in this casino slot. Read this game review to learn more about these and many more features.

There is a lot of mystery surrounding the Vikings. The way they lived and what they believed in. However, with this mobile slots, you can take yourself back in time to figure out some of these mysteries yourself.

Ragnarok has been deliberately designed to appear underwhelming. This slot comes with 3 rows and 25 active paylines. The backdrop features a very thick haze that has been animated to appear to move. The haze also breezes over the 5 reels. The soundtrack adds to the mystique of the game and you can see a Rune Collection Point on the right-hand corner of the reels. 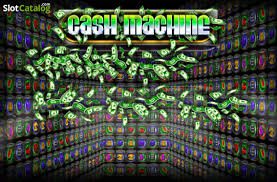 You cannot have a mobile slots about Vikings without the mention of famous gods of Freyr, Thor and Odin. This is the case in Ragnarok where these three gods dominate the reels. They are highly valued symbols and the other highly valued icon is the legendary place of dead Viking warriors known as Valhalla.

For those lesser valued symbols, you have the regular cards of A, K, J, Q, 9 and 10. There is also a Golden symbol representing the Wild and a Tree of Life (i.e. Yggdrasil) representing the game’s Scatter symbol.

With the Tree Of Life Scatter symbol, you can activate the game’s bonus feature. This will occur when you have three of these symbols on an active payline. With each spin of the reels during the base game, you can pick up runes. These play an important role in determining the type of bonus feature as well as payouts you can be rewarded with.

You can have a Thor versus Jor (level 1) bonus feature which is triggered when you collect up to 15 runes and land three scatter symbols. Players will gain 10 free spins as well as a multiplier of 2x their staked sum.

In this mobile slots, there is also a Freyr versus Surtr (level 2) feature which is triggered by three scatters and the collection of between 16 and 30 runes. You can gain a multiplier of 5x your wagered amount. The Odin bonus feature, on the other hand, can give you eight free spins and also have rune objects spread on the reels during the free spins round.

The atmospheric graphic design in this mobile slots is really good and the background music is also complimentary. The bonus features all have rewards for players and the gameplay can be quite addictive even to experienced online slot players. The Odin bonus feature will fetch players an RTP to the tune of 95.52% as well.