January 12, 2018 by MobileSlotsGuru in Slots Games

Football Champions Cup is one of the sport-themed slot game apps available and it is powered by Net Entertainment. This slot is based on a football-theme having twenty paylines. This is one of those slot game apps with various Wilds on offer and they include – Naming Wilds, Overlay Wilds and the Scoring Wilds which are represented by footballs. The scatter symbol of this slot is a Cup Symbol and you also have a bonus symbol that can activate the Bonus round of this video slot.

How To Play In Slot Game Apps?

To start playing Football Champions Cup, you need to place a bet that can range from 0.01 to 5 and this can be adjusted with the help of ‘Coin Value’. You click on the ‘Spin’ button to start the reels. The reels can keep on moving without any interruption if you select the ‘Autoplay’ option. It is a video slot with five reels and twenty paylines.

This slot game apps have two bonus rounds to offer you (i.e. Free Spins feature and the Penalty Shootout Bonus). The symbols of the game include footballs, boots, shorts, gloves and cups. In the base game the most you can earn is rewarded by the landing the overlay wilds that can land on any of reels 2 to 5. This has good potential to get winning combinations during the base game. 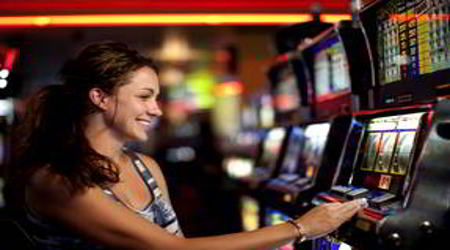 You can get two special features to play on this slot game apps. One is the ‘Penalty Shootout’ feature that gets triggered when you land up to three or more bonus symbols on the reels. Here you get to pick and shoot penalties having five rounds and two parts each.

First, you will get to pick one of the four positions in the goal to score and then picking up one of the four positions as a goalkeeper where you try to save the goal from your opponent’s shot. When you score, you add up one point for your team along with the cash prizes and when you save the goal, you win a multiplier. There are five rounds to play in this feature. The multiplier will be decided according to the number of bonus symbols you land up.

The Free Spins Feature In This Slot Game Apps

Then you have Free Spins Feature that gets activated when you land up to three or more scatter symbols on the three middle reels. Each free spins round will be a separate football match. You get to play the next round only if you win the earlier one. Here, you can win the cash prizes for 1st, 2nd and 3rd place. There can be four Free spins rounds each having six free spins.

You can get an RTP of 96.82% playing on this slot game apps. The game has a lot to offer you in terms of features, tournaments and rounds. You keep getting awards and further rounds till you lose the round to an opponent. This slot has one or the other prize money to offer you even if you lose and get the bronze or silver medal in the tournaments.