December 22, 2017 by MobileSlotsGuru in Slots Games

Big Bad Wolf is one of the online slot machines brought by Microgaming. This game has excellent graphics along with an alluring soundtrack. The background is finely designed and the game is designed with captivating features. The symbols include three little pigs and a wolf. Appealing background with Mountain Dew and landscapes along with the reels designed on beautifully crafted wooden board.

The slot comes with 25 paylines and the player can bet between £0.01 to £5 per line. This game has low-value symbols represented by the standard playing card symbols. The piggy symbols and the wolf symbols act as high-value symbols. Pigs act as wilds in the game, and the wolf as the scatter symbols. The autoplay option allows the player to play automatically without much interaction with the player. Along with all the wild and scatter symbols, the game offers two extra features. Free spins feature along with dropping reels feature provides this online slot machines game lovers with a huge chance to win more on the reels. By clicking on spin button one can start the game. 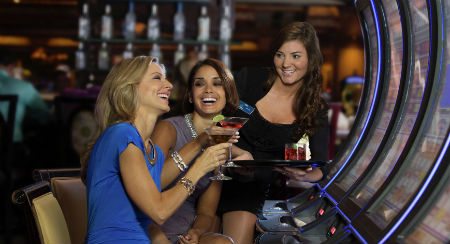 Pigs turn wild feature is activated when three pigs appear in a row. These then turn the pigs into wild, thereby increasing your winning chances.

The dropping reels feature in this slot game changes the symbols and fills the reels with new symbols after each win.

One of the interesting online slot machines, Big Bad Wolf consists of some pretty cool features. This game must be played at least once. The return to player percentage is 97.53%, which is pretty decent. The dropping reels feature is the one to watch for, as it has a potential to reward you with some big wins.