February 6, 2018 by MobileSlotsGuru in Slots Games

Machine Gun Unicorn are the new amazing mobile slots empowered by Microgaming. This new slot is thoroughly inspired by the cute Unicorns who are fighting with the evil zombies. This slot has fast-paced action as well as high rewarding bonus features which will surely attract enthusiastic players towards it. Moreover, the players can easily access it from any part of the world by using their portable devices. The slot also comes with a decent RTP of 97.19%.

Have A Fun By Playing This Mobile Slots!!

Machine Gun Unicorn is classically designed with 5 reels, 3 rows and offers 10 fixed paylines. Behind the reels, all the action happens in some kind of pastel fantasy scenario which is probably under the threat from jarheads. There is also a pounding soundtrack that players may want to get rid off after a while. The players can have a spin on this mobile slots from a very minimum amount of £0.10 and a maximum amount of £100.00 per spin.

Visually, all symbols are beautifully crafted and relate to the theme of this slot. All high value symbols can be seen as unicorns in different colours (pink, yellow, green and purple) or the zombie heads in the jars. The players should always remember that winning combinations there can be formed from left to right as well as right to left. 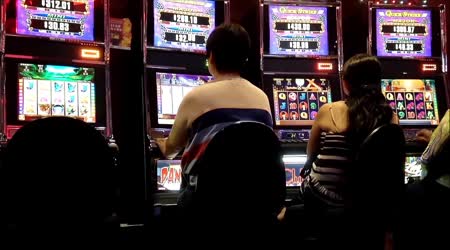 The gold unicorn is recognised as Machine-Gun Unicorn of title and only occurs on reel 3 and it is also recognised as the wild symbol. Moreover, according to intro movie, this creature is one who saved lands from zombie invasion and also helps to trigger the lone bonus feature.

This is the place where the heroic gold unicorn will come handy and if the players want to achieve big wins,they must place it on reel 3 to see the real action. Interestingly, If players can manage to place them at same time when the zombies in jars appear on reels, then the unicorn will demolish all of them with a huge weapon. After which, players will receive a huge cash prize for every jar demolished and jar value will get increase upon the reels. However, if there is no jar upon reels when a unicorn lands then also players will be awarded a small cash amount anyway.

These mobile slots are fun to play with lots of cartoon characters and pastel colours. These mobile slots comes with a medium volatility and offers a chance to earn as big as 100x times of the stake during the gameplay.